Posted at 19:35h in Outside News by Schupp Companies
0 Likes
Share

“Where would you go if you could go anywhere?”

That was the question I posed to the members of The Times Travel desk back at the beginning of September, at our kickoff lunch for the 2020 edition of our annual 52 Places to Go list. Between that day and the list’s publication, there have been almost four months of research, discussion, debate and as many synonyms for “argument” as you can imagine. In the end, we came down to these 52 destinations that we hope will inspire, delight and motivate you to explore the world.

How did we choose them? After that initial poll, we asked our regular contributors, as well as The Times’s foreign and domestic correspondents, to suggest places that seemed newly fresh and compelling. We pestered in-the-know travelers for their 2020 musts. We grilled travel pros about what had them excited. To make the cut, it is not enough for a place to be beautiful, amazing and culturally significant. It also has to answer the question, why now? Why this place, this year?

Tokyo, a great city in any year, is hosting the Summer Olympics in 2020. It’s on our list. 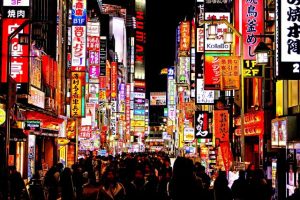 The Bahamas, always a pleasure, needs support from tourists in the wake of 2019’s Hurricane Dorian. On the list.

Greenland, with its magnificent glaciers threatened by global warming and new airports on the horizon, made it, too.

As we made our choices, themes emerged. This year the two most prominent were the importance of sustainability and the pull of history. Over the last year, the travel world woke up to the implications of climate change and its contributions to global warming, as well as questions about overtourism and who benefits from tourist dollars. A growing number of companies, destinations and individual travelers are committed to mitigating their impact on earth. Global brands like Hilton and Marriott pledged to get rid of single-use plastics; KLM, the Dutch airline, ran ads suggesting that travelers might want to take the train. On Times Travel, we committed to buying carbon offsets for our staff plane travel. (And no, we will not be sending out a 52 Places Traveler this year, though we will report from many of our chosen destinations.)

This list is, at least in part, a fantasy of escape (see Australia’s Kimberley region or La Paz, Mexico), but we recognize that travel, like life, can be messy and contradictory. Getting on a plane or a cruise ship or behind the wheel of a car adds carbon to the atmosphere. But travel also brings people together, enlightens and amazes, and, properly managed, has economic benefits. 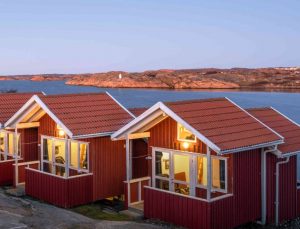 A number of places on our list are leading the way in making travel more sustainable (Western Sweden, we’re looking at you) or are limiting visitor numbers to avoid the plague of overtourism (Haida Gwaii, in Canada, is a leader here, as well as in making sure locals benefit from tourism). Uganda limits the number of gorilla-trekking permits for its famed Bwindi forest, and makes sure the proceeds help protect the animals. Others, like Sabah, on the island of Borneo, could use help from tourists in establishing that preservation can be more profitable than the destruction of habitats.

Our concerns meant that some very tempting places did not make the list. We had a long debate, in particular, about Antarctica. Travel to the southernmost continent is booming: The International Association of Antarctica Tour Operators, which includes most of the companies doing business there, predicts that 78,520 people will visit Antarctica in 2019-2020, up from 56,168 in 2018-2019. Norwegian Airlines, the low-cost carrier, is now offering service to Ushuaia, the jumping-off point for many Antarctic itineraries. All that gave us pause: Can Antarctica handle that increase? Can it face difficulties similar to those that have developed in the Galápagos or on Mount Everest?

Against those worries, history offered a countervailing story of continuity. 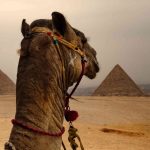 The German town of Oberammergau has been putting on its once-a-decade Passion Play since 1634; you can take in the 42nd staging this year. Egypt, a contender last year, is scheduled to complete its massive new Grand Egyptian Museum in 2020, making thousands of objects associated with the pharoahs newly visible. As every American learns, the Mayflower set sail from Plymouth, England, 400 years ago. In marking that moment, the town will acknowledge and explore the conflicting perspectives on the consequences of that voyage. So history changes, too.

Our #1 place, Washington, looks both forward and back. We thought it was important to mark the 100th anniversary of American women winning the right to vote. While Seneca Falls had its proponents, we decided there was no better place to do that than the capital of the United States, a majority-minority city filled with immigrants and with a vibrant life beyond its monuments and halls of government. And what better year than 2020, in the middle of what promises to be an extraordinarily contentious election, to visit and remember the ideals on which the United States was founded, and the fact that Washington belongs to everyone.